Really? Yes really!
According to CBDC Tracker, it has been disclosed that forty-six (46) more countries are now exploring their own Central Bank Digital Currencies (CBDCs) making it Eighty-one (81) countries now exploring the digital currencies.
In addition, Five (5) has fully launched their own digital currency.
Now this is the full story…
Last week, The Atlantic Councils’ Geoeconomics Center unveiled a new Central Bank Digital Currency tracker featuring an interactive data base. 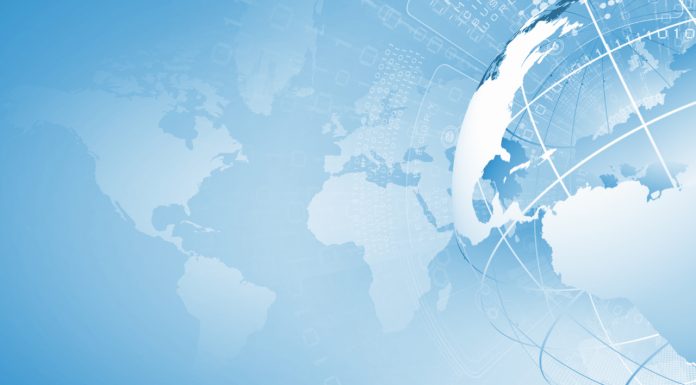 The Geoeconomics Center is a nonpartisan organization that stimulate U.S. leadership and engagement in the world, in partnership with allies and partners, to shape solution to global challenges. its website stated.
The CBDC tracker was firstly launched in April last year, but it has been taken over by the U.S. Federal Reserve and The Bank International Settlements (BIS).

81 countries (representing over 90 percent of global GDP) are now exploring a CBDC. In our original report published in May 2020, only 35 countries were considering a CBDC.

The center added that of the countries with the largest central banks ( the US Federal Reserve, the European Central Bank, the Bank of Japan, and the Bank of England), the United States is furthest behind. That’s, the U.S is lacking behind in developing a state-backed digital currency.

Federal Reserve Chairman Jerome Powell explained in February why U.S is holding back introducing its own Digital Currency.

He said that ”the digital dollar was a very high priority for the Fed. He also explained better the need to ”get it right”, that, instead of rushing to launch a digital dollar, whether to compete with China digital Yuan, he said the digital Dollar will represent the cryptocurrency which will be managed and control in Central banks with tracking, ” I think that’s one of its strongest argument in its favor”(digital currency).

Meanwhile, 5 countries have now fully launched their own Digital Currency.

Here are the list of 5 countries that launched their own Central Bank Digital Currency.

5 countries have now fully launched a digital currency. The Bahamian Sand Dollar was the first CBDC to become widely available.

Here are 5 countries that launched their own Digital Currency

The center further explained that ” 14 other countries, including major economies like Sweden and South Korea, are now in the pilot stage with their CBDCs and preparing a possible full launch”.

Before Covid-19, Central Bank Digital Currency were largely a theoretical exercise. But with the to distribute unprecedented monetary and fiscal stimulus around the world, combined with the help of cryptocurrencies, central banks have quickly realized they cannot let the evolution of the money pass them.

This was made clear Josh Lipsky, Director of the Geoeconomics center and formal senior advisor at the International Monetary Fund (IMF).

A central banks digital currency is a digital money of the country fiat currency. It can also be called virtual money or E- money. All the transaction and control are done online. Seemingly works like cryptocurrencies.
Instead of printing money, the central bank issue electronic version of the money.
CBDC will be regulate and control by Central Banks, not like the cryptocurrencies that are decentralized.
I can CBDCs are alternative to Cryptocurrencies and Stable coins.
China is taking more steps ahead of other countries. They are working on allow foreign visitors to use digital Yuan if they could provide their passport information to the People Bank Of China during the coming  winter Olympic.

Here are some advantages of central bank digital currencies.

Without new standards and international coordination, the financial system may face a significant currency exchange problem in the future.
Here are some disadvantages of central bank digital currencies.
Here are list of countries exploring their own digital currency
What do you think about CBDC, let’s hear you in the comment box.
Join our newsletter below for weekly updates.
Continue
For more interesting football stories, kindly visit our homepage 🏠
Tags
CBDC
Empezy
5
Share
Facebook Twitter Reddit Messenger Messenger WhatsApp Telegram

Why is Bitcoin price falling

What is eNaira all about in Nigeria

A node on the Bitcoin Lightning Network has established a new record.

Why is Bitcoin price falling