Arsenal’s pursuit of Dusan Vlahovic has been updated by Fabrizio Romano, who claims the Gunners have made a £50 million proposal for the Fiorentina striker.

Vlahovic has emerged as one of the game’s hottest strikers, scoring 19 goals in 23 games so far this season, and his potential has piqued the interest of several clubs across Europe’s top leagues.

Arsenal is the club with the most serious interest in Vlahovic this month, as Mikel Arteta attempts to bolster his attacking options following the departure of former captain Pierre-Emerick Aubameyang in late November.

Since taking over for Aubameyang, Alexandre Lacazette has been impressive, but the Frenchman’s contract expires in June, and Eddie Nketiah is also poised to go after refusing to sign a new contract.

Arsenal are frantically seeking to sign another striker this winter, with three attackers due to go in the coming months, and Vlahovic has been widely tipped as Arteta’s main priority.

Arsenal have confirmed their chase, according to Italian source Corriere Della Sera, after submitting a £50 million [€60 million] offer that would also see Lucas Torriera join Fiorentina on a permanent basis following his successful loan.

The Serie A club is apparently ready to make a deal this month because they know Vlahovic’s worth would plummet by the summer, when his current contract will expire after just 12 months. Because the 21-year-old refuses to sign a new contract, Fiorentina is willing to sell him now, and Arsenal appears to be doing everything possible to reach an agreement. 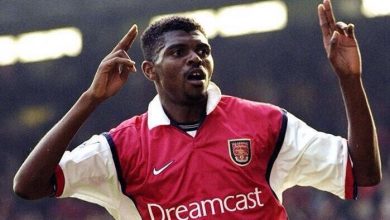 VIDEO: Watch legendary Arsenal birthday boy Kanu Kwankwo proves himself to be the greatest footballer Nigeria has ever produced. He is indeed PAPILO with the style!