Christensen is certainly not happy Chelsea lost against a side they whipped on both legs last season and has given a reason to why Chelsea lost their last two games to Brentford and real Madrid with huge margins. 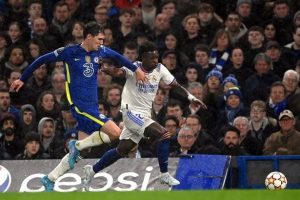 He attributed Chelsea loss to the ongoing Ownership battle happening at Chelsea as fans are trying to boycott the team in a bid to send a message to Raine group to know their displeasure toward the Ricketts family.

He stated that if Chelsea Fans were solidly behind the team they would have produced better results against Real Madrid and Brentford.

These were his words; “We weren’t at our top level. We started good for 10 or 15 minutes, good energy with the crowd behind us – and they stayed behind us the whole game – but they successfully took the tempo out of the game.”

“We have conceded seven goals now in two games which is not normal for us. It’s not just about this game, we did it as well at the weekend. We have to fix it, and we have to do it quick.”

Chelsea go into their second leg tie against Real Madrid with a 2 goal disadvantage, and with their inability to score too many goals against big oppositions we fear Chelsea might just have to say goodbye to this season UCL.