Liverpool Faces Chelsea away at the Stamford Bridge as they Desperately hope they will return back to Anfield with with the FA cup Title. 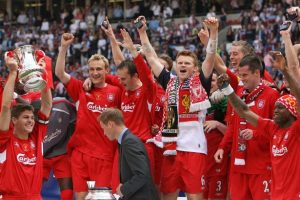 While on a Pre Match Press Conference the Liverpool Gaffer Revealed how he thinks Chelsea manager Thomas Tuchel would approach the game tactically. 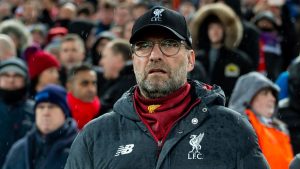 “Five at the Back is Certain” he said As he made a joke on Tuchel Defensive principle’s as he expects the Chelsea manager to do less in terms of harm to his Liverpool side offensively.

“Two or three Striker’s?, Three midfielders or two. That’s part of the unpredictable nature of Thomas Tuchel” Klopp Said as he Reveals Tuchel tactical structure might be hard to comprehend or rather dissect.

Liverpool have gone five solid games without a loss in the EPL as they won four games and drew only one being the match against Tottenham that ended 1-1, Chelsea on the other hand have gone five games with two wins, two draws and a 1-0 loss at Everton in the EPL.

During their last meeting when they faced in hopes of winning a tittle the match went both ends as they ended the game going for the penalty shootout that Kepa shot wide.