Lewandoski has Officially Expressed his desire to end his Chapter at Bayern Munich after a Productive Season where he got 50 goals and 7 assists in 46 appearances.

In words Quoted by Italian Journalist Fabrizo Romano, Lewandoski has expressed his desire to call it an end to his career at Bayern Munich as he sent these words to the Bayern Munich board and fans. 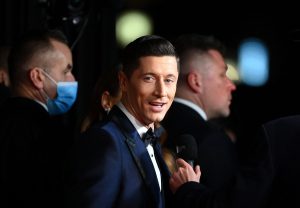 “My era at Bayern is over. I don’t see any possibility to continue playing for this club anymore” 🚨 #FCBayern

“Bayern’s a serious club and I believe they won’t keep me, I don’t want to play there anymore. A transfer is the best solution. I hope they don’t stop me”.

It’s no hidden fact that Barcelona are Heads on heels regarding Lewandoski Rumored move to the club. But the Spanish Giant’s are no longer what they are again and According to Rummenigge he doesn’t see what Barcelona can possibly offer him that Bayern Munich can’t X2.

“Robert is a very smart person who needs to be involved inside the club. He’s someone who wants to win. But I don’t think you can currently win more in Barcelona than at Bayern. What more can Barcelona offer than Bayern Munich? I can’t think of anything at the moment”.

FC Barcelona are currently Financially stranded and with the wage rules in Spain a move for someone like Robert Lewandoski without anger in the dressing room due to wage Renewal would be near impossible.

This bring a question to which club can actually afford Lewandoski?

Chelsea just got Acquired by American Investor Todd Boehly and his team, traffic hey already promised a Marquee signing to begin their Era at Chelsea and a move for an experienced striker like Robert Lewandoski is definitely not off the cards.

According to recent news, Inter Milan are offering a loan fee of around 15 million euros for Lukaku and with Werner looking closer to leave the club than stay a Move for Robert Lewandoski only looks Logical.