Antonio Rudiger has made his Thoughts known on his displeasure of how Former Chelsea Owner Roman Abramovic Ran Chelsea as a club. 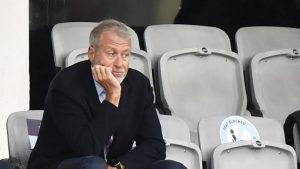 He Announced his Displeasure of how Roman abramovic have no time to managers to help the club succeed and how the former chelsea owner would fire any manager at any slight unproductivity which in turn affected the development of players as the new manager might not have certain players in his plan for quick success.

“I hope for this club that the mentality changes of sacking coaches so early when success is not there. I like to trust the process and, with this coach, you can see there is a process.”

Rudiger believes his rejuvenation as a Center back came due to the trust Thomas Tuchel had on him.

“He was there for me when I was on the floor. He gave me the chance. He believed in me. I tried everything to deliver for him, for myself, for the team. We don’t meet for coffees or something but it’s just a good professional relationship”

He also acknowledged how Tuchel handled the situation when the club was sanctioned by the Uk Government.

He revealed why he Signed for real Madrid so early and his reasons were understandable as he wanted to know his fate in the future and Chelsea sanction did not help matters.

“Until now, no-one here knows what’s going to happen. At the end of the day, I didn’t want to wait until June to sort out my future because it’s been almost a year of uncertainty”

How did chelsea player’s take the news when they heard Chelsea was about to the sanctioned knowing fully well the club finance’s was frozen at that moment and the hands of the club tied to negotiation?

“We were in the locker-room. Some guys sit there on their phone and you see this type of message and you think, ‘Okay, what the hell is going on?’ Then [we were] preparing for Norwich and [the club was hit by] sanctions. Woah!”