Serie A club Atalanta Bergamasca Calcio has contacted Arsenal amid interest to sign their 22-year-old defender. Nuno Albertino Varela Tavares who previously played for Benfica before joining the premier league club last summer on an €8m deal is on the radar of not just Atlanta but Marseille who is at the table with an option to buy. The Portuguese left-back is uncertain about his future in Noth London as he did not give a stellar performance the previous season and might have to leave the English club. 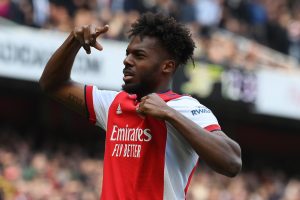 Arsenal who is more focused on signing other big players like Lisandro Martinez and Raphinha might be looking for money and will have to either sell or loan out some of its players. The Head of senior recruitment for the Serie A club Atlanta when speaking about the Portuguese player said they considered Tavares a strong player and have been following him since he was playing for Benfica. He added that signing players from premier league clubs are a little bit difficult and they are awaiting a response from Arsenal.