Liverpool have declared that their forward Mohammed Salah will shockingly be put as a transfer candidate for them. Liverpool also added that they will sell Salah if there is an offer from any club worth €75m. Clubs interested are Barcelona, Real Madrid, Chelsea and Paris Saint Germain.

Barcelona is one of the most active clubs in this Summer’s transfer market. Barcelona have now shifted their attention to Egyptian forward Mohammed Salah. Mohammed Salah has scored 155 goals and assisted 61 times in 248 appearances for Liverpool ever since joining Liverpool in 2017 from As Roma.

Salah is the 2nd in the highest goal scorers for Liverpool with 155 goals. He is runner up to Ian Rush who has scored 346 goals for Liverpool.

Salah’s market value is around €70m. He has it one year left with Liverpool. He was expected to put pen to paper for an extra 4 years contract but it seems Liverpool are willing to release him to any club whoa re ready to pay €75m. 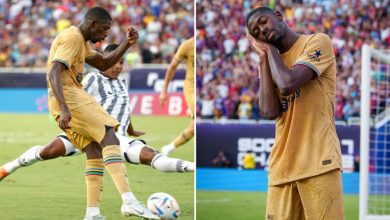