Considered one of the best and fast-rising defenders/centres back in the game is Argentine superstar player Lisandro Martínez. The player who is keen on leaving Amsterdam-based club Ajax has been hijacked by English Club Manchester United from the biding arms of Arsenal. The 24-year-old player has been on the targeted list of Arsenal’s top priority players and has previously made bids in the quest to acquire him. 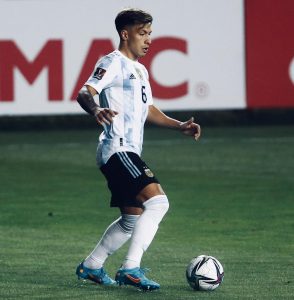 Manchester United who had everybody’s attention on Frenkie de Jong’s transfer from Barcelona have been watching the defender closely and have said to be updated with the players’ transfer plans and Arsenal’s back-to-back chase. The Red Devils strategically jumped into the race for the skilful player and is presently giving Arsenal who were first in line a to get the player a serious struggle. The Gunners whose first attempt of €25m was rejected by the Ajax team tendered a second bid of €33m for the player. Ajax however is not letting the player go for anything less than €40m and the realisation that Manchester United might bid towards their asking price for the player is great knowledge as the Argentina defender is now top of Erik ten Hag’s priority player rader for this summer transfer period. 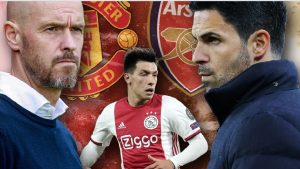 Arteta is not ready to let go of his plans as his side pushes further with a new improved bid of almost €40m. Mikel Arteta sees Martinez as a great asset to the team knowing full well that the powerhouse player can cover different positions at the same time which would be an added advantage for both the player and the club.