Arsenal officially newest signing Matthew Charles Turner who plays for the United States national team has arrived in London Colney and is ready to join the pre-season training and then kick off the season with a wonderful debut. The 28-year-old player who was officially welcomed to the club on the 27th of June 2022 as announced by The club will be wearing the shirt number 30 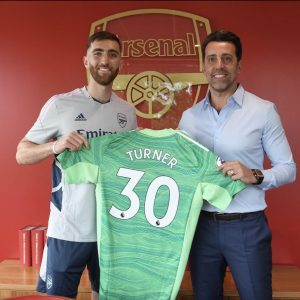