Mikel Arteta has gotten his hands on five exceptional players this transfer summer and is hoping to add one more to the list. The Arsenal boss has his eyes on Bayern Munich no 10 player Leroy Aziz Sané. This move is coming after Brazilian player Raphinha who was their first winger choice shun them and choose Spanish club Barcelona.

The 26-years old player who was under Mikel Arteta for three and a half years when he was a coach at Manchester City will be reuniting with his former boss and other Manchester City players who have found their way to Arsenal this summer.

Bayern Munich is placing €70m as the players’ value with other top clubs like Real Madrid and Chelsea also asking questions about the German star. Sane is considered one of the fastest players in the world and having him at Arsenal will help the team greatly in the coming season. 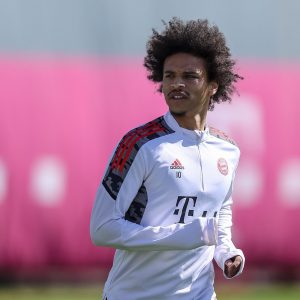 When asked about potential arrivals in a recent interview with Mikel Arteta, he said  “We’re in the market to keep improving the squad but there are so many parties involved and sometimes things don’t happen as quickly as you want.” Hopefully, the player will be coming to join them on tour soon when everything has been finalised and contracts have been signed.