English football club Arsenal FC is still on the run for more players as they are considered one of the busiest transfer clubs in this year’s transfer window. Mikel Arteta is doing his best to have a power-filled squad as his eyes on Youri Tielesman have widened and he wants the player even more. The Belgian professional footballer has acknowledged the fact that he wants to leave his present club Leicester City this summer and has placed the Gunners as his preferred choice. Thou he loves his present club, he said he have to consider his career and is open to different opportunities that may lead to him making difficult choices. 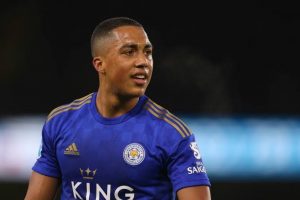 Arsenal has previously made a bid of £25 million for the player but was rejected and is now back with another which is around £30 million. The Emirates kings who were interested in the player since last summer has doubled their effort else Manchester United who just recently showed interest in the 25 five-year-old might move in to hijack their top priority. The player and Arteta’s side have been in communication as personal terms and agreements are being placed

VIDEO: Watch Arsenal 40-year-old Boss Mikel Arteta's killer move during preseason training in Germany. He no doubts still have some manoeuvring skills in him.