English professional footballer Jack Andrew Garry Wilshere announced earlier today that he will be retiring from professional football and will be going into coaching. The former midfielder said that his career has been slipping away in recent times but somehow still convinced himself that he still had more to give and was not willing to let go. He however got some time to reflect and with the help of his loved ones has concluded that he is closing this chapter of his life and has no regret but great pride for what he has achieved over time and for living his dreams.
Jack Wilshere joined the Arsenal Academy at the early age of 7 and rose through the ladder of success ever since. He started his professional career under Arsene Wenger in 2018 when he started playing for the first team with the shirt no 19. Wilshere scored his first professional goal for the club in a 6:0 win match against Sheffield United in that year’s season League cup match. He got his first professional contract in 2009 at the age of 16 making him the fifth 16-year-old player to ever play in the Championship League competition. In 2010 Wilshere was loaned out to League One club Bolton Wanderers for the season and suffered a serious ankle injury in the next season that kept him out for 17 months. 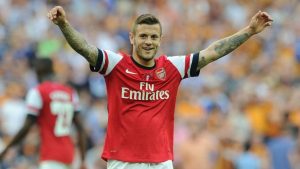 The star player made a remarkable comeback and continue to play for Arsenal until 2016 when he completed a seasonal loan move to Bournemouth. Wilshere decided to leave Arsenal in 2018 after his contract expired and was signed to West Ham United on a three-year contract. The Englishman returned to Bournemouth in 2021 on a short-term deal and in early 2022 moved to Danish Superliga club AGF before announcing his retirement.

Jack Wilshere who is happily married to Andriani Michael is blessed with four children and is retiring at the age of 30. 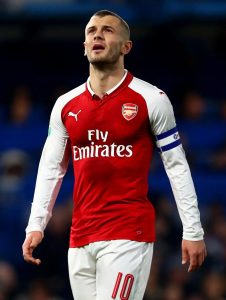 WATCH!!!! Pedri Gonazalez funny reaction to his new jersey number as he brings back memories of club legend Andres Iniesta