English professional football club Arsenal has taken to its social media channels to officially welcome its newest signing Oleksandr Volodymyrovych Zinchenko. We reported earlier that the player’s move from Manchester City to Arsenal was a done deal and the player was already dining with the Gunners.

In his first interview, Zinchenko who is popularly called Alex said that coming to Arsenal was his boyhood dream come true. He has always been a fan of the club and would watch the likes of Thierry Henry and Cesc Fabregas as a kid and has been waiting for an opportunity like this.

WATCH NOW/ READ ALSO:  Arteta and Edu could land the next Thierry Henry if they can complete deal 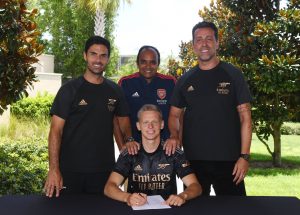 Zinchenko is the second player to be signed from Manchester City this summer after the arrival of Gabriel Jesus and also the second Ukrainian to play at Arsenal. The team player gave an amazing response when asked about his thoughts on the best position he should be playing since he is known for many things. He went on to say  “Wherever the manager is going to see me on the pitches. It’s the simple answer but it’s true, even if the manager tells me one day I need to be goalkeeper, I will be there.”

WATCH NOW/ READ ALSO:  Premier League player tagged "The Future of Arsenal" is in a dilemma of renewing his contract or leaving the club. Will the title hold or will he be "The future" somewhere else?
CHECK THESE OUT

His first day of training was filled with joy and excitement as he joined the other players at the pre-season training camp in Orlando. Although his Squad number has not been decided and announced, he was welcomed happily by everyone as his transfer is subject to the completion of regulatory processes. Take a look 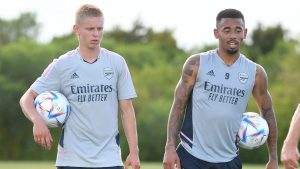 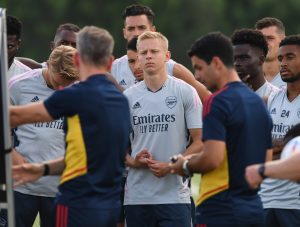 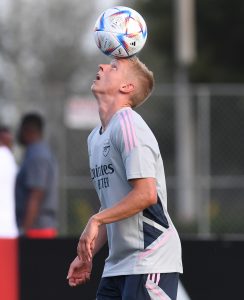 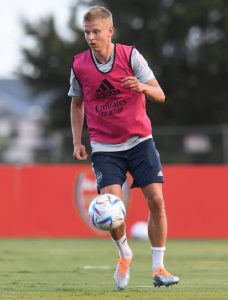 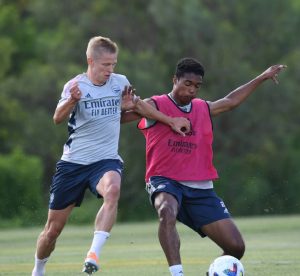 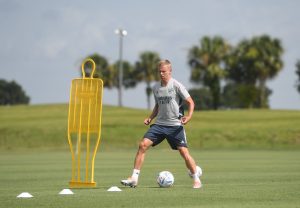 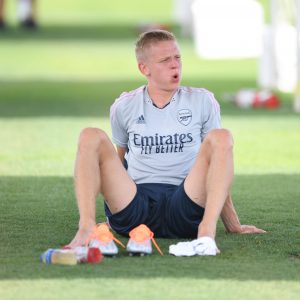 VIDEO: Is Arsenal's latest signing Oleksandr Zinchenko going to take Kieran Tierney's spot on the team?? Watch mind-blowing revelations as this is the number one question on everybody's lips