Mikel Arteta has started putting in the work with his boys who resumed London Colney for the pre-season training on Monday. Arsenal gave Ipswich Town players a run for their money as they poured out their Gooners’ energy and delivered without stress. The players were divided into two to enable them all participate equally and welcome back some of the players who were on loan last season to their beloved pitch. Some of the players on the first-half lineup include Eddie Nketiah, Thomas Partey, Hector Bellerin and Sambi Lokonga. The second-half lineup was filled with young team players like Folarin Balogun, Charlie Patino, Lino Sousa and Arthur Okonkwo.

Eddie started the goal party in the first half, giving a wonderful assist and a hat-trick before allowing Sambi Lokonga’s continue the victory wave. Folarin Balogun came in the second half with the same goal energy before Ipswich turned in a single goal and the final whistle was blown. Below are pictures of the smooth win and Victory The Gunners enjoyed on the pitch. 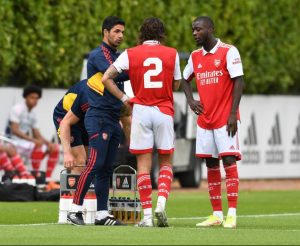 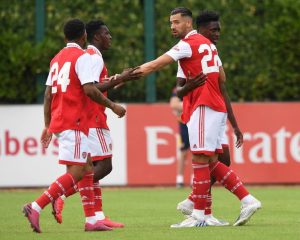 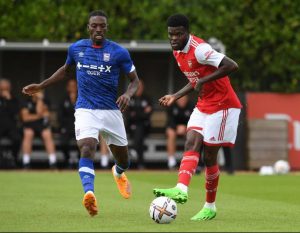 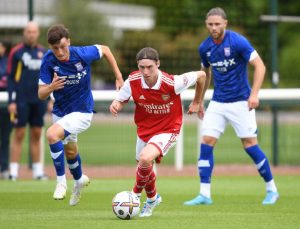 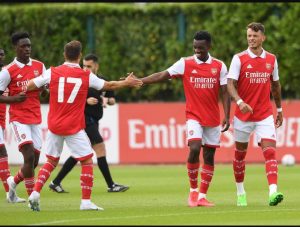