Before the arrival of new signing Gabriel Jesus at Arsenal, there has been an interesting flow of players wearing the number 9 shirt for the team. Let’s take a look at the top 5 recent No 9 players and their scoring sheet. 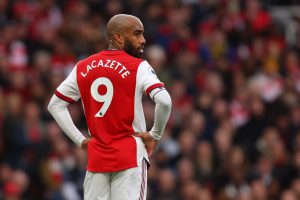 1. French forward Alexandre Lacazette joined the English club in 2017 from French club Lyon on a 5 years deal of £46.5million before heading back to the Ligue 1 club in France. The 31-year-old player made a total appearance of 206 and scored 71 goals for Arsenal while wearing the number 9. 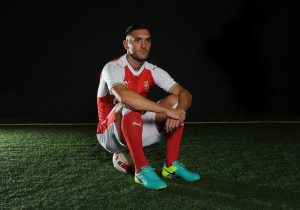 2. Lucas Pérez Martínez joined Arsene Wenger’s team in 2016 from Argentine club Deportivo Morón on a £17.1million deal. The 33-year-old Spanish player made a total of 21 appearances for the club and score 7 goals before teammate Lacazette took his no 9 shirt and spot in the team. He angrily left Arsenal for Deportivo saying he felt disrespected at the ugly gesture of taking his shirt number and giving it to another without telling him. 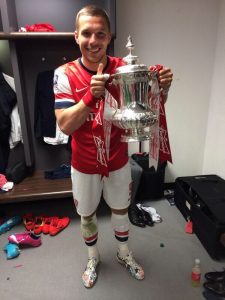 3. German professional footballer Lukas Josef Podolski left German side Fc Köln in 2012 to join Arsenal for an undisclosed fee and long-term deal. The 37-year-old player who took the shirt no 9 from another player scored 31 goals and made 82 appearances for the English side. Due to lack of game time, Podolski left Arsenal for Seria A club Inter Milan in 2015. 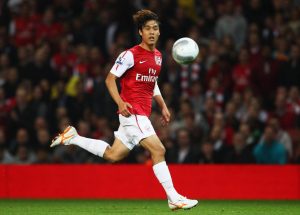 4. 37-year-old south Korean forward  Park Chu-young left Monaco to play in a competitive league in 2011 and joined Arsenal who gave him the shirt no 9. He was later reassigned another shirt number when Lukas Poldoski was signed, leading to a floppy career path for the South Korean. After being sent on a series of loans to different clubs, Chu-young left Arsenal in 2014 for Saudi Arabian club Al-Shabab. Park Chu-Young scored 1 goal and made 7 appearances while playing for The Gunners. 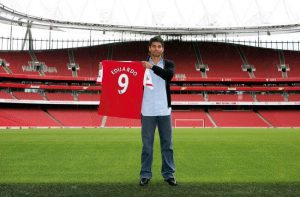 5. Former professional footballer Eduardo Alves da Silva popularly known as Eduardo came to Arsenal in 2007 from Croatian football club Dinamo Zagreb. In 2008, the player suffered a serious injury that kept him out of the pitch for a year which he never recovered from. He left Arsenal in 2010 for Ukrainian football club Shakhtar Donetsk making 67 appearances and scoring 21 goals for Arsene Wenger.

Arsenal is at it again!!! Arteta is on the move to sign another 24-year-old Brazilian and Best Midfielder in The Ligue 1.