Chelsea Travelled for their Pre-season tour to United States of America where they hope to Freshen up for the next Season as they hope to Bounce back into competing Rights.

In this Video we Saw the likes of Pulisic and Mason Mount training and this Video has Caught up the Internet in Laughter watch the video below.

In other News Chelsea have Completed the Signing of Raheem Sterling from Manchester city to Chelsea in a deal reported to be around £47.5M fixed as Reported by David Ornstein on Twitter. 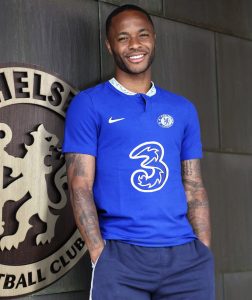 He is Finally Todd Boelhy first signing since Acquiring Chelsea from the UK government.

Long Range goal scorer Elneny talks about his trademark and his hopes for the future at Arsenal.

Is Arsenal No 9 shirt a blessing or a curse? Check out previous No 9 players before Gabriel Jesus and how they performed.