Arsenal’s Boss Mikel Arteta has taken a host of his strong and finest players with him on a trip to Adidas headquarters in Herzogenaurach Germany and is looking forward to adding more spice and intensity to their preseason training. Ahead of the new season, the first-team squad will be taking on Nurnberg FC on Friday and will be staying at ‘The Home Ground’ state-of-the-art campus facilities till the end of their four days trip. The Boss said he is using this opportunity to give some of his young and new players a little taste of the bigger picture and is warming up those who have just returned to the club on loans and injuries. The squad after taking on the Bundesliga 2 club on Friday at Max-Morlock Stadium will immediately fly out to the United States of America to face familiar faces in some friendly matches in preparation for the Emirates Cup coming up Ending July.

Arteta and his team arrived at Adidas headquarters also known as the  ‘The Home Ground’ in grand style, standing out from the usual we are used to and giving people a wonderful cycling scene and experience. They all looked excited and comfortable making such a remarkable entry as they are ready for whatever the trip might throw at them. Below is the video of the experience.

DONE DEAL: Barcelona and 25 year old player set to reach an agreement on a .... Year deal 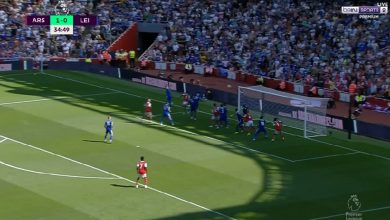 VIDEO: Watch all goals and actions that took place between Arsenal and Leicester City yesterday.