Mikel Arteta has confirmed that he is not yet done and would like to bring in more players to help build up his dream team. The North London side has spent over £100 million this summer to get new and energetic players. Big names like Gabriel Jesus, Alex Zinchenko, Fabio Vieira and Matt Turner were all brought on board before the 2022-2023 Premier League season began. 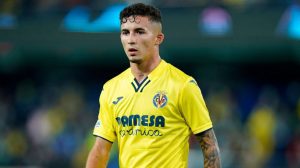 19-year-old Spanish player Yeremi Jesús Pino Santos has caught the attention of the arsenal boss and they are willing to pay £34m for the youngster. The right winger is currently signed to Spanish club Villarreal CF and they are not willing to let the player go for anything less than £50 million.

Liverpool has also shown interest in the youngster but nothing between the clubs and the players’ side has been agreed upon. Talks are still ongoing and Arsenal Technical Director, Edu Gasper is on the move to fix things and see that the Spaniard finds his way to London Colney at the end of the day.

DONE DEAL: Arsenal's prominent No 11 player officially joins Galatasaray on a permanent transfer. Is Youri Tielemans a go or Not?