Coming to North London was one of the smartest moves 44-year-old French football legend made in his days. Thierry Daniel Henry left Juventus and got signed to Arsenal on the 3rd of August 1999 under the wing of then Manager Arsene Wenger. The player struggled for a while at the new side as he was yet to secure any title for the club but it didn’t last long as they won both the Premier League and the FA cup in the 2001–2002 season. 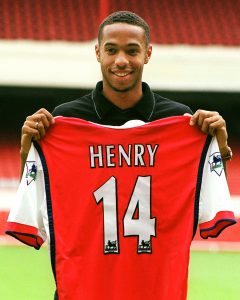 Today marks exactly 23 years the Frenchman started his career at Arsenal and got signed. Below is a clip of his exceptionality and outstanding talent.